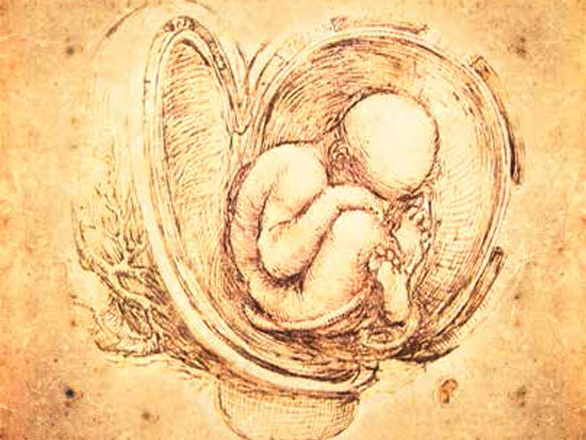 A Devastating Problem That Is on the Rise Preterm birth is defined as the birth of a baby before 37 weeks of completed gestation. According to World Health Organization statistics, an estimated 15 million babies annually are born prematurely. Approximately 1 million children die each year as a consequence of preterm birth and those who survive are at risk of lifelong disabilities. As such, preterm birth is the leading cause of death in children aged under 5 years, and an estimated 75% of paediatric care is spent on children who are born preterm.

The most alarming statistic of all is that the prevalence of preterm birth is rising. And as of yet, there is no Food and Drug Administration approved medication to prevent preterm labour. Dr Iain Buxton at the University of Nevada, USA, believes that understanding how the smooth muscle of the uterus contracts and, particularly how it relaxes, could be critical in helping prevent preterm labour and birth. Dr Buxton had previously worked with Laurence Brunton, a student of Dr Alfred G. Gilman, the pioneer in pharmacology and biochemistry who was awarded a Nobel Prize along with Dr Martin Rodbell in 1994 for the discovery of G-proteins, the proteins essential for signal transduction in cells. Dr Buxton had great expectations from both himself and others to succeed as he branched out on his own to continue research in Reno.

The myometrium is the middle layer of the inner wall of the uterus. It consists of smooth muscle and its basic function is to induce contractions. Blood vessels are also lined with smooth muscle, and so, researchers have studied blood vessels as a means to understand smooth muscle functionality. Much of this work, carried out in animal models, has been conducted on the aorta, which is the large blood vessel that carries blood from the heart to the rest of the body.

Early work determined that endothelial cells that line the blood vessel release a substance called endothelial dependent relaxing factor that acts on the smooth muscle cells. This factor was later identified to be nitric oxide (NO) and its role in the smooth muscle activation pathway was determined. Researchers described how NO released from endothelial cells acts on underlying smooth muscle cells to activate an enzyme called guanylyl cyclase, which in turn generates cyclic guanosine monophosphate (cGMP). cGMP acts as a messenger in the muscle by partnering with a kinase that adds a phosphate group to myosin phosphatase, activating it, which then relaxes the muscle. In 1998, Dr Robert Furchgott and Dr Louis Ignaro from the University of California, Los Angeles, along with Dr Ferid Murad from the University of Virginia, received a Nobel Prize for this pivotal discovery. Dr Buxton hypothesised that the action of NO relaxes the smooth muscle of the uterus. Initially, he had reasoned that NO must act upon the uterus as it does on blood vessels and other smooth muscles – but he soon realised this was not the case.

Early studies by Dr Buxton’s laboratory in guinea pigs showed that although in blood vessels NO acts on the smooth muscle through guanylyl cyclase activation and cGMP accumulation (causing it to relax), in the guinea pig myometrium NO has no effect on spontaneous contraction, but does relax oxytocin and acetylcholine-evoked contractions. This is associated with significant elevations in intracellular cGMP. However, on inhibition of guanylyl cyclase, cGMP accumulation is blocked, yet NO is still able to relax contractions caused by oxytocin or acetylcholine. These studies suggested that contractions in the pregnant and nonpregnant guinea pig uterus occur in a manner that is not guanylyl cyclase dependent. Dr Buxton’s laboratory found the same to be true in monkey and human myometrium tissue. At the time, these findings were considered heresy since they contradicted what scientists then knew about the function of smooth muscle. Dr Buxton and his colleagues sought to solve this conundrum by going back and studying the very basics of myometrial relaxation. The mechanisms now established for cGMP independent NO signalling involve the S-nitrosation of proteins. Dr Buxton explains ‘target proteins are nitrosated…an amino acid in their sequence, cysteine, is chemically modified with the addition of a NO moiety. The resulting protein is said to be nitrosated.’ There was evidence that S-nitrosation may be involved in calcium release which may activate potassium channels; however, this pathway had not been explored in the myometrium. Attention then turned to investigating calcium activated potassium channels as a possible way in which NO relaxes the myometrium. The group hypothesised that cGMP action in the myometrium is compartmented. A published paper of the findings describes how cGMP may be regulating the relaxation of uterine smooth muscle. Uroguanylin is an activator of guanylyl cyclase and relaxes oxytocin-induced contractions in pregnant guinea pig myometrium. The team found that after uroguanylin stimulation, relaxation and cGMP accumulation is blocked by guanylyl cyclase inhibitors. The overall results of this study led the group to conclude that a uroguanylin cyclase-cGMP relaxation pathway is present in myometrium smooth muscle and the cGMP is compartmented in the myometrium such that other agonists that elevate cGMP do not result in relaxation.

The Disparate Pathway in Myometrium

Dr Buxton’s work slowly became accepted such that he now describes it as ‘the most important exception to Nobel dogma because it lays out a fundamental distinction about the human myometrium.’ The team then wanted to investigate if stretchactivated, two-pore potassium channels (K2P) are gestationally regulated in human myometrium and whether they contribute to uterine relaxation. TREK- 1, TREK-2 and TRAAK belong to the TRAAK family subset of K2P channels. Dr Buxton’s laboratory decided to investigate the expression and differential regulation of TRAAK family channels in pregnant and labouring human myometrium. In a 2010 paper documenting the results, Dr Buxton describes the importance of the findings to the development of potential therapeutic targets in preterm labour. The results showed that the TREK-1 potassium channel is expressed and up-regulated substantially during pregnancy. In labouring tissue, TREK-1 is downregulated, indicating a role of TREK-1 in uterine quiescence prior to labour since the uterus expands and stretches during gestation. It was now clear that NO relaxes uterine smooth muscle but not in the way it does in other smooth muscles. The evidence from Dr Buxton’s group, as well as that from other researchers, converges to suggest that S-nitrosation is the most likely mechanism by which NO relaxes the myometrium. Dr Buxton and his colleagues described the myometrial S-nitrosylproteome (i.e., the entire set of S-nitrosated proteins that are expressed or can be expressed by the tissue) in pregnant and non-pregnant guinea pig tissue. This was the first attempt to examine the S-nitrosylproteome of the myometrium. The findings revealed that specific groups of proteins that are involved in contraction and relaxation are S-nitrosated in labour and gestational muscle. Many of the proteins were found to be nitrosated in only the pregnant state or only the non-pregnant state and the team further describe how S-nitrosation of a filament protein called desmin is increased more than five-fold in pregnancy. Moreover, these studies identified many proteins important in the mechanisms that regulate uterine smooth muscle function and with better understanding, such proteins may prove to be new tocolytic (anti-contraction/labour preventing) targets to prevent the possible dysfunction of smooth muscle which may lead to preterm labour and birth.

S-nitrosoglutathione reductase is the enzymatic regulator of endogenous S-nitrosoglutathione (involved in NO signalling and is a source of bioavailable NO). More recently, Dr Scott Barnett, a core member of Buxton’s research team found that this reductase is upregulated in preterm myometrium and is associated with reduced total protein S-nitrosation. They observed that on blocking S-nitrosoglutathione reductase, the smooth muscle of spontaneous preterm labour tissue is relaxed. In the paper documenting these findings, Dr Buxton’s team describe that the ‘failure of guanylyl cyclase activation to mediate relaxation in spontaneous preterm labour tissues, together with the ability of NO to relax term labour, but not spontaneous preterm labour myometrium, suggests a unique pathway for NO-mediated relaxation in myometrium.’ To further explore the function of S-nitrosation regulation in maintaining uterine quiescence, the Buxton laboratory studied nebivolol. Nebivolol is primarily a  -blocker (a class of drug to treat abnormal heart rhythm), but it is unique because it also has the ability to relax the smooth muscle in the walls of blood vessels (vasodilation) and does so in part by potentiating the action of NO. The researchers found that in uterine smooth muscle from mice and humans, oxytocin-induced contractions are relaxed by nebivolol. The researchers explain one of the advantages of using nebivolol as a tocolytic is that it is already FDA-approved for use as a  -blocker. However, more studies are required to assess the safety and efficacy of this drug in pregnant women. Dr Buxton’s important work over the years has determined the fundamental physiological distinction in tissues from women who deliver preterm. Dr Buxton tells us that ‘a complete understanding of the underlying biochemical difference at the root of this distinction can lead to defining a target for drug development.’ He further shares with us how his team is currently collaborating with ExCyte Therapeutics to develop new tocolytic mediations based on the novel S-nitrosation pathway that they have described. Addressing the problem with dual ligand drugs that can interact with more than one pathway while avoiding the unwanted effects of single agents employed at higher doses is currently underway under the supervision of Dr Barnett. This research is now paving the way for promising treatments for preterm labour and birth with the potential to save many newborn lives.